Here you can find helpful PDFs to download, informative videos to watch, and more.

A comprehensive guide to starting XYWAV treatment in new patients and transitioning your appropriate XYREM® (sodium oxybate) oral solution patients. A print version is also available from your Jazz Representative.

A quick guide to prescribing XYWAV. A print version is also available from your Jazz Representative.

Guidance to help your office navigate the insurance process includes a Prior Authorization Guide, a Formulary Exception Process Guide, and a Letter of Medical Necessity Template at JazzCares.com. 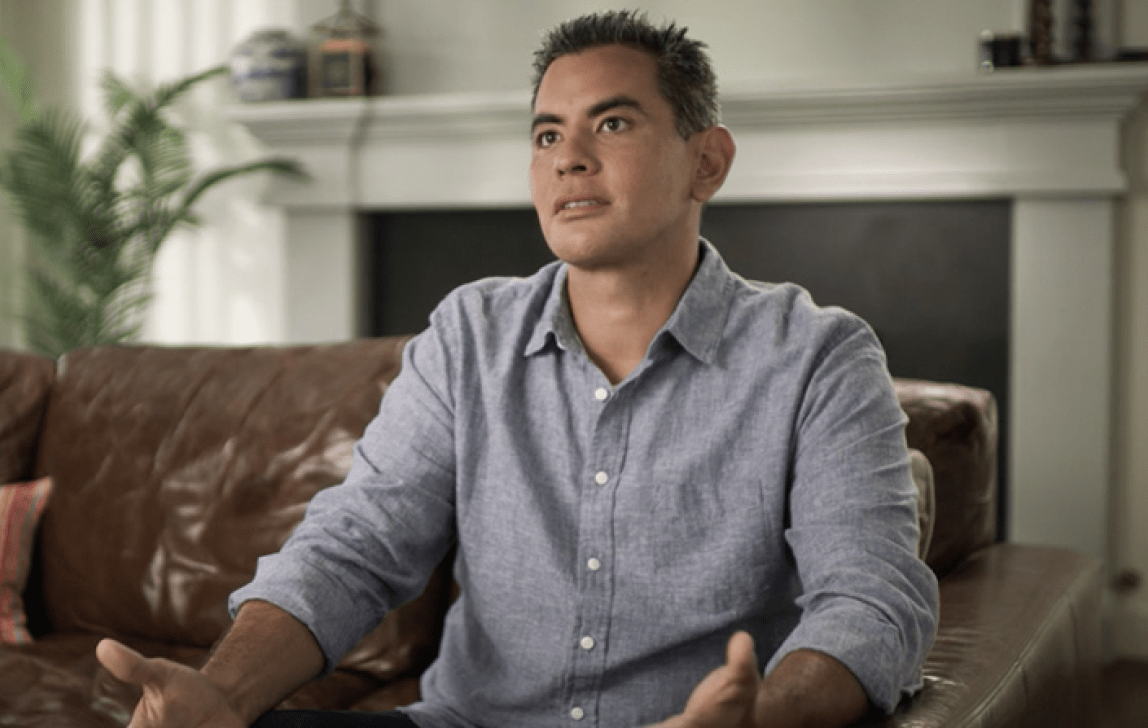 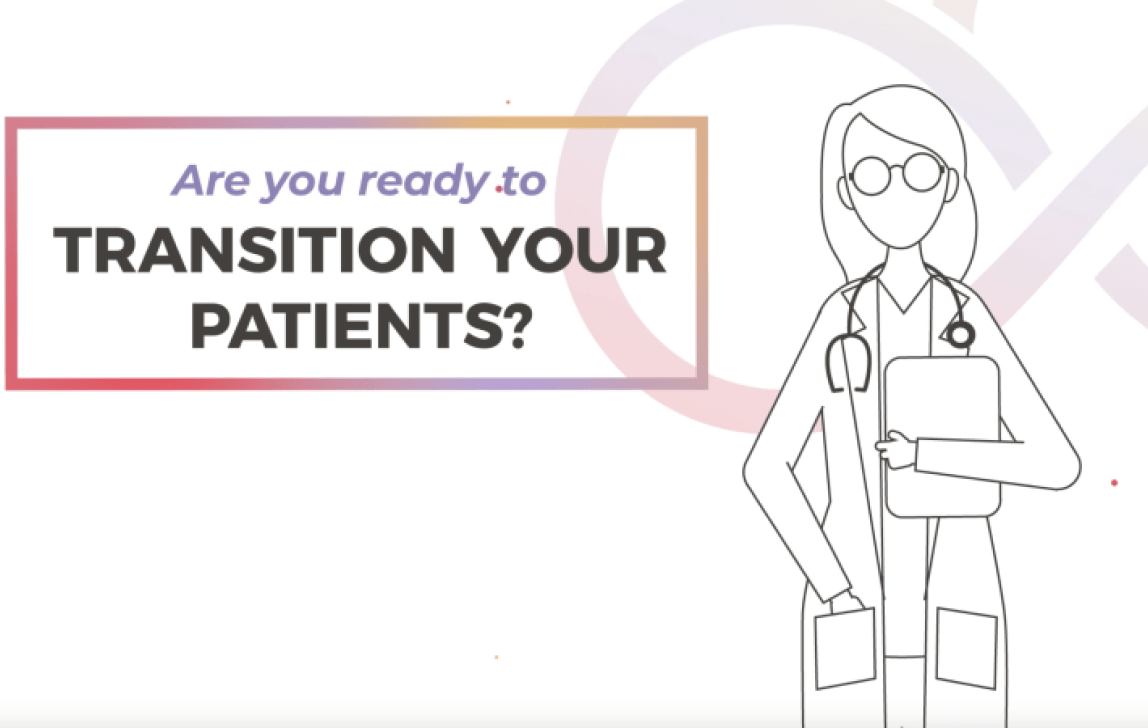 Because of the risks of CNS depression and abuse and misuse, XYWAV is available only through a restricted program under a Risk Evaluation and Mitigation Strategy (REMS) called the XYWAV and XYREM REMS.

XYWAV® (calcium, magnesium, potassium, and sodium oxybates) oral solution, 0.5 g/mL total salts (equivalent to 0.413 g/mL of oxybate) is indicated for the treatment of cataplexy or excessive daytime sleepiness (EDS) in patients 7 years of age and older with narcolepsy, and for the treatment of idiopathic hypersomnia (IH) in adults.

Because of the risks of CNS depression and abuse and misuse, XYWAV is available only through a restricted program under a Risk Evaluation and Mitigation Strategy (REMS) called the XYWAV and XYREM REMS.

The concurrent use of XYWAV with other CNS depressants, including but not limited to opioid analgesics, benzodiazepines, sedating antidepressants or antipsychotics, sedating anti-epileptic drugs, general anesthetics, muscle relaxants, and/or illicit CNS depressants, may increase the risk of respiratory depression, hypotension, profound sedation, syncope, and death. If use of these CNS depressants in combination with XYWAV is required, dose reduction or discontinuation of one or more CNS depressants (including XYWAV) should be considered. In addition, if short-term use of an opioid (eg, post- or perioperative) is required, interruption of treatment with XYWAV should be considered.

After first initiating treatment and until certain that XYWAV does not affect them adversely (eg, impair judgment, thinking, or motor skills), caution patients against hazardous activities requiring complete mental alertness or motor coordination such as operating hazardous machinery, including automobiles or airplanes. Also caution patients against these hazardous activities for at least 6 hours after taking XYWAV. Patients should be queried about CNS depression-related events upon initiation of XYWAV therapy and periodically thereafter.

XYWAV is a Schedule III controlled substance. The active moiety of XYWAV is oxybate, also known as gamma-hydroxybutyrate (GHB), a Schedule I controlled substance. Abuse of illicit GHB, either alone or in combination with other CNS depressants, is associated with CNS adverse reactions, including seizure, respiratory depression, decreases in the level of consciousness, coma, and death. The rapid onset of sedation, coupled with the amnestic features of GHB particularly when combined with alcohol, has proven to be dangerous for the voluntary and involuntary user (eg, assault victim). Physicians should carefully evaluate patients for a history of drug abuse and follow such patients closely.

Notable requirements of the XYWAV and XYREM REMS include the following:

Further information is available at www.XYWAVXYREMREMS.com or

XYWAV may impair respiratory drive, especially in patients with compromised respiratory function. In overdoses of oxybate and with illicit use of GHB, life-threatening respiratory depression has been reported. Increased apnea and reduced oxygenation may occur with XYWAV administration in adult and pediatric patients. A significant increase in the number of central apneas and clinically significant oxygen desaturation may occur in patients with obstructive sleep apnea treated with XYWAV. Prescribers should be aware that sleep-related breathing disorders tend to be more prevalent in obese patients, in men, in postmenopausal women not on hormone replacement therapy, and among patients with narcolepsy.

In Study 1, the randomized-withdrawal clinical trial in adult patients with narcolepsy (n=201), depression and depressed mood were reported in 3% and 4%, respectively, of patients treated with XYWAV. Two patients (1%) discontinued XYWAV because of depression. In most cases, no change in XYWAV treatment was required.

In Study 2, the randomized-withdrawal clinical trial in adult patients with idiopathic hypersomnia (n=154), depression and depressed mood were reported in 1% and 3%, respectively, of patients treated with XYWAV. All patients continued XYWAV treatment.

Two suicides and two attempted suicides occurred in adult clinical trials with oxybate (same active moiety as XYWAV). One patient experienced suicidal ideation and two patients reported depression in a pediatric clinical trial with oxybate. These events occurred in patients with and without previous histories of depressive disorders. The emergence of depression in patients treated with XYWAV requires careful and immediate evaluation. Monitor patients for the emergence of increased depressive symptoms and/or suicidality while taking XYWAV.

Other Behavioral or Psychiatric Adverse Reactions

In Study 1, confusion and anxiety occurred in 1% and 5% of patients with narcolepsy treated with XYWAV, respectively. One patient experienced visual hallucinations and confusion after ingesting approximately 9 grams of XYWAV.

In Study 2, confusion and anxiety occurred in 3% and 16% of patients with idiopathic hypersomnia, respectively. One patient experienced visual hallucinations, which led to discontinuation of XYWAV.

Other neuropsychiatric reactions reported with oxybate (same active moiety as XYWAV) in adult or pediatric clinical trials and in the postmarketing setting include hallucinations, paranoia, psychosis, aggression, agitation, confusion and anxiety. The emergence or increase in the occurrence of behavioral or psychiatric events in patients taking XYWAV should be carefully monitored.

In Study 1 and Study 2, parasomnias, including sleepwalking, were reported in 6% and 5% of adult patients treated with XYWAV, respectively.

In a clinical trial of XYREM (same active moiety as XYWAV) in adult patients with narcolepsy, five instances of sleepwalking with potential injury or significant injury were reported. Parasomnias, including sleepwalking, have been reported in a pediatric clinical trial with sodium oxybate (same active moiety as XYWAV) and in postmarketing experience with sodium oxybate.

Episodes of sleepwalking should be fully evaluated and appropriate interventions considered.

Adverse reactions that occurred in ≥2% of patients in clinical studies with oxybate (but not in Study 1) and which may be relevant for XYWAV, were pain, feeling drunk, pain in extremity, cataplexy, disturbance in attention, sleep paralysis, and disorientation.

XYWAV is contraindicated in combination with alcohol or sedative hypnotics. Use of other CNS depressants may potentiate the CNS-depressant effects of XYWAV.

There are no adequate data on the developmental risk associated with the use of XYWAV or sodium oxybate in pregnant women. XYWAV should be used during pregnancy only if the potential benefit justifies the potential risk to the fetus. GHB is excreted in human milk after oral administration of sodium oxybate. There is insufficient information on the risk to a breastfed infant, and there is insufficient information on milk production in nursing mothers. The developmental and health benefits of breastfeeding should be considered along with the mother’s clinical need for XYWAV and any potential adverse effects on the breastfed infant from XYWAV or from the underlying maternal condition.

Safety and effectiveness of XYWAV in pediatric patients below the age of 7 years with narcolepsy have not been established.

Safety and effectiveness of XYWAV for the treatment of idiopathic hypersomnia in pediatric patients have not been established.

In general, dose selection for an elderly patient should be cautious, usually starting at the low end of the dosing range, reflecting the greater frequency of decreased hepatic, renal, or cardiac function, and of concomitant disease or other drug therapy.

There have been case reports of withdrawal, ranging from mild to severe, following discontinuation of illicit use of GHB at frequent repeated doses (18 g to 250 g per day) in excess of the recommended dosage range. Signs and symptoms of GHB withdrawal following abrupt discontinuation included insomnia, restlessness, anxiety, psychosis, lethargy, nausea, tremor, sweating, muscle cramps, tachycardia, headache, dizziness, rebound fatigue and sleepiness, confusion, and, particularly in the case of severe withdrawal, visual hallucinations, agitation, and delirium. These symptoms generally abated in 3 to 14 days. In cases of severe withdrawal, hospitalization may be required.

Tolerance to XYWAV has not been systematically studied in controlled clinical trials. There have been some case reports of symptoms of tolerance developing after illicit use at dosages far in excess of the recommended XYWAV dosage regimen.